Well, both of those statements are true.

Earlier this week, the above image dirtied the campus of what I’ve always thought looked like a nice high school. It’s in a nice neighborhood, located just miles from quaint plazas containing local shops and things to do. This happened at Leto High School in Tampa, Florida — the same Tampa where I live. I would say I can’t believe it, but I can. It’s not because it’s Florida, where the school is located, or any other contributing factors. It’s not because of any of those things at all. It’s because this version of Pandora’s box has been opened again — and who knows if and when it will close.

I know you see what’s happening in our society. Just take a look around you…

The apprehension that has been historically associated with [publicly] displaying this type of behavior has suddenly disappeared. There is no apprehension in boldly calling folks out of their name, using racial slurs that were used to degrade them. There isn’t any apprehension or even genuine remorse in boldly proclaiming how excited you would be to attend and sit front row at a public hanging (Google it! Trust me, it’ll pop up).

Having teenagers and a little one that will be a teenager one day, it saddens me to see such openly displayed hatred in a place designed for educational and personal development. A place where they should feel comfortable and safe.

However, this troubles me in a different kind of way — Maybe because it’s close to home? Maybe because we have high-school-aged children? Maybe because this is something I can’t save them from. We’ve already had the misfortune of having to explain the concept of microaggression to our children. We’ve also had countless conversations with them, educating them about how things were “back in the day” — you know, to prepare them. Never in a million years did I think we would be preparing them for what’s going on today…in 2018.

Previous Post: « When I Grow Up I Want to Be An Astrophysicist Princess  
Next Post: The Sweeter Side of Life   » 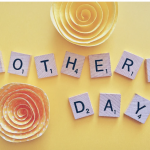